The heart of Disney: Jermaine Bell

Florida native Jermaine Bell will get to see Animal Kingdom after all.

For those of you that don’t know Jermaine Bell, this awesome 7-year-old had been saving money to go Walt Disney World. But, like many of us, he saw the devastation brought by Hurricane Dorian in the Bahamas. Instead of using his money for that Walt Disney World trip, he instead donated it – all of it – to help evacuees. He purchased hot dogs, chips and water to serve to coastal South Carolina evacuees.

“The people that are traveling to go to places, I wanted them to have some food to eat, so they can enjoy the ride to the place that they’re going to stay at,” Jermaine said in an interview with WJBF in South Carolina.

He created two signs and placed them on each side of an area highway – serving nearly 100 evacuees.

To us, this is what is at the heart of Disney – to find the magic in life – even when it’s hard to come by. Disney’s mission is to entertain, inform and INSPIRE people through their work. Jermaine definitely has done that, gaining national attention for his willingness to go above and beyond to help serve his local community.

Thanks to his generosity, Disney reached out and is going to help his dream come true. Congrats to Jermaine and don’t give up that giving spirit. 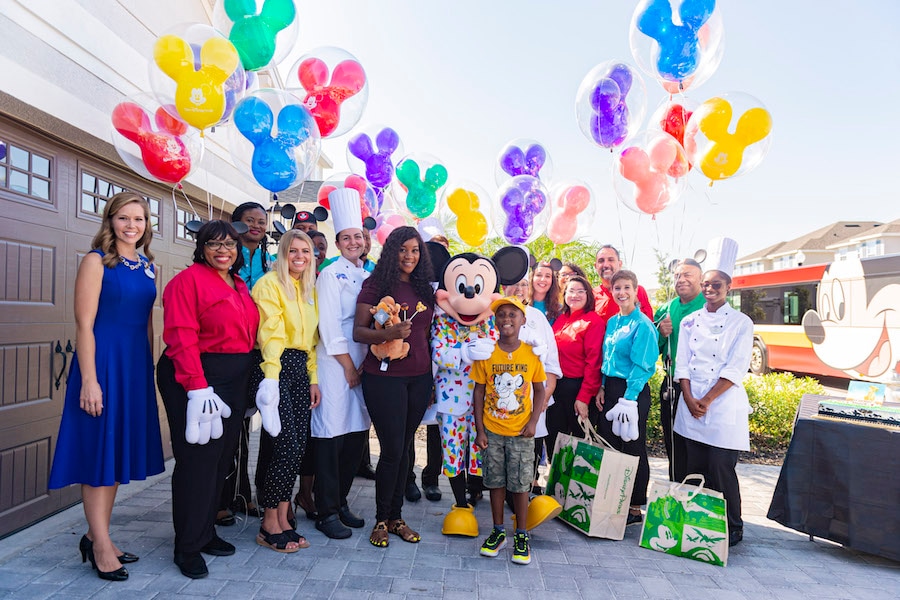